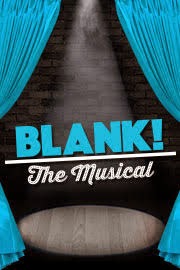 What exactly is Blank! The Musical! about? Envision your fondest memory of the long standing Whose Line is it Anyway? Now, make the cast younger, with musical talent. Next, throw in an adept lighting designer, sound designer and production stage manager. Then, sprinkle a three piece band able to create seemingly timeless music from four simple notes and you have the backbone for Blank! The Musical!

Creators Michael Girts, TJ Shanoff and Mike Descoteaux brought the ever-familiar improv-theater to a different dimension. While audience members were encouraged by host TJ Mannix to shout submissions for key elements of their created musical, top suggestions were added to an application accessible by any smartphone.

Connected to a private WiFi server, the audience and I voted for a title for our musical, three song names, and chose a random one-liner to be featured in the show. In addition, we interactively voted for the speaker of said line, chose the four main notes of the entire show and even named a signature dance move and song style.

Our combined efforts produced the following: Directing One Direction! The Musical! with hit songs I Haven’t Hit Puberty, Peanut Butter Mouth and of course, I’ve Heard This Song Before. We shaped the unforgettable line: What are you doing with that pineapple??? And musical overture consisting of notes C#, A, G, and B were chosen at random. Lastly, the world famous dance The Sticky Casserole was to be performed in the style of Reggae in the completely improvised show.

Mike Descoteaux (piano/musical director), Daniel Bennett (reeds) and Al Vetere (drums) were bolstering with their incredible grasp of music. They accompanied the cast expertly and twisted from our randomly chosen notes an impressive score without an active conductor, sheet music or rehearsal time.

Cast members Katie Dufresne, Nicole C. Hastings, Tessa Hersh, Andrew Knox, Mattew Van Colton and Dougles Widick were the source of the audience’s endless laughter. Outstandingly comfortable with one another, they were able to individually secure a memorable stage presence while enhancing the overall quality of their collective performance. 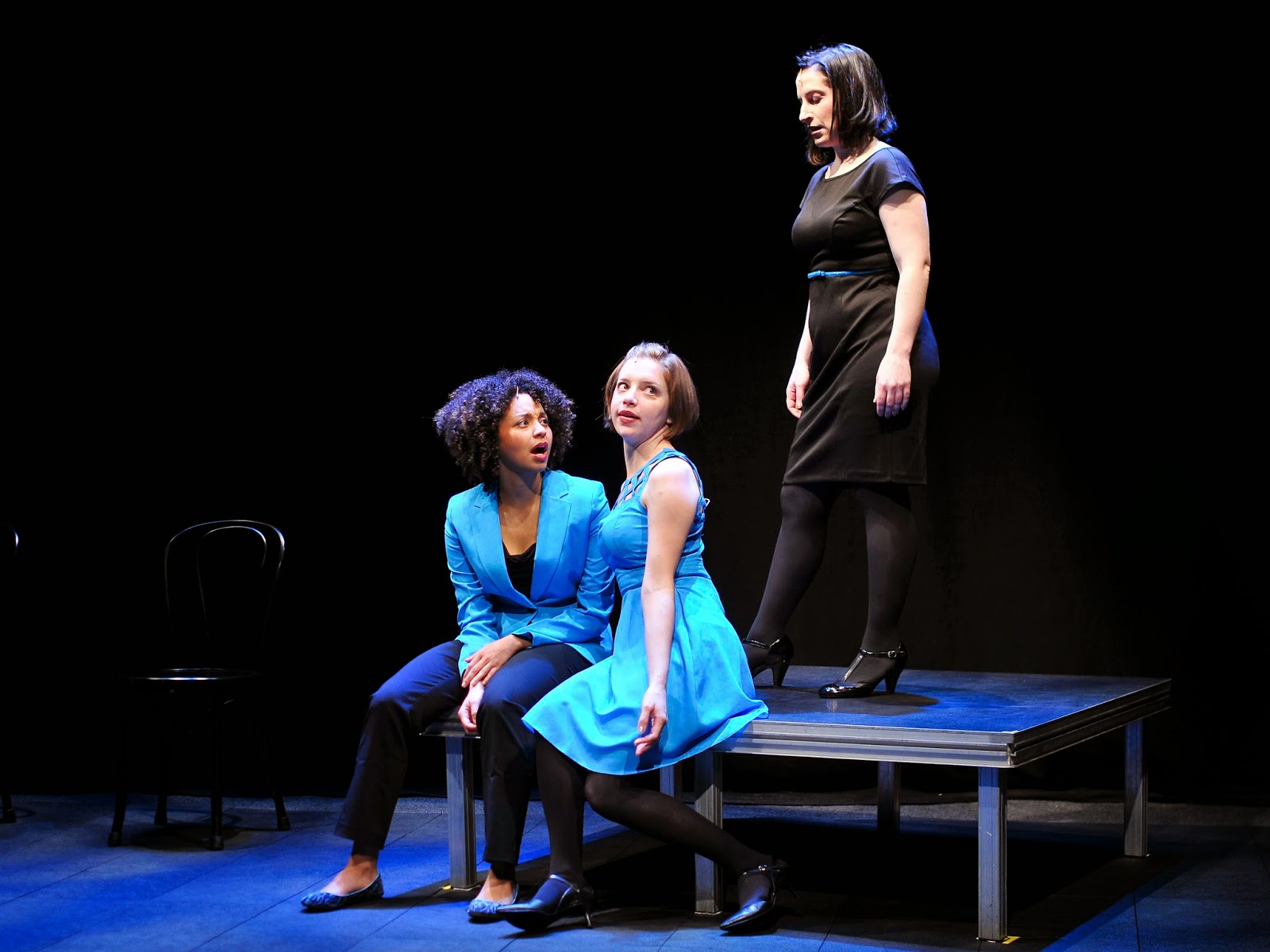 Musically, each was able to sing with alacrity and be especially self deprecating with their dance moves. The talent was palpable and invariably enjoyable to see which would succumb to another cast member’s efforts to make them lose composure.

Lighting Designer Jeff Croiter, Sound Designer Matt Kraus and Production Stage Manager Katie Kavett were in-tune with the unscripted and unpredictable performance. Somehow they made our created musical special and believable to be worthy of its New World Stages venue.
Alas, I cannot share exactly what each cast member’s contributions were as your experience will inevitably be different. However, if you seek a night of laughs that you will feel a part of, take the time to see Blank! The Musical! and share endless inside jokes with your friends for weeks.

Review By: Alex Lipari
Photos By: Jenny Anderson
Posted by @entertainhourNYC at 11:47 AM
Email ThisBlogThis!Share to TwitterShare to FacebookShare to Pinterest
Labels: Alex Lipari, Blank The Musical, musical, New World Stages, Off Broadway